The newly weds Angelina Jolie and Brad Pitt will be seen together in ’By The Sea’ and are learning Krav Maga to prepare for their roles. A military-style self-defence workout, it is also a way to keep yourself fit. Pitt, 50, has only recently adopted the discipline, which the couple now practise several days a week, while Jolie started learning the self-defence to train for her ‘Tomb Raider’ role in 2001, reports dailymail.co.uk.

The couple are impressed with the fitness properties of the combat classes. Brad Pitt is believed to have lost more than 10 pounds after participating in the intense military-style exercise classes for just three weeks and is even letting his kids join in the fun. ’The whole family are learning the moves. Even the little ones are doing modified kids’ moves but Brad has been doing it for 45 minutes a day and has dramatically lost weight and beefed up his muscles for the film,’ said a source.

According to Krav maga Instructor Sadashiv Mogaveera, ‘One thing that attracts people toward this Israeli art form is the ability to defend oneself, considering the rising crime rates against women. Krav maga training involves certain unique response enhancement drills, pre-emptive strikes and a barrage of rapid counter attacks leaving the attacker no opportunity to continue his attack. 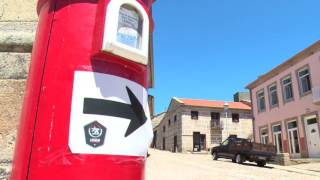